Trolling Flippa.com I came across a website for sale that was attracting 4 million page views per month. It caught my attention for these reasons:

Let me explain why each of these characteristics of the website were appealing to me.

Look at the top 40 websites on the internet. You will quickly find that one thing almost all of them have in common is that they are fueled by content that is not primarily their own.

Google scrapes most every website on the web and borrows (?) titles, snippets, text and images from those sites to show on its search pages.

Facebook and every other social network grow from user posts and comments.

Even the mighty Amazon is substantially populated by product descriptions and images from manufacturers and distributors. Customers round out the content by uploading millions of customer reviews.

The list goes on and on. Consider Craigslist, eBay, most eCommerce sites and forums.

Building websites that collect user generated content is one of things Jon Dykstra teaches about in the recent update to his Niche Tycoon course that I so highly recommend.

So whenever I see a website that successfully acquires a meaningful amount of content from its user base, I pay attention big time.

The business model is obvious. Build something that tempts visitors to upload or build their own text or image content. Get the word out. Watch the content grow. Find ways to make money from the traffic that naturally comes from diverse and growing content.

This website was making about $1,200 per month from its 4 million monthly page views. That works out to $0.30 per 1,000 page views. I was very confident that it could make a lot more with some fairly trivial changes.

I discuss in a lot more detail how much you should expect to be able to earn from Adsense based on the niche and country traffic source in my Adsense Success Strategies course.

Sites with mostly image content like this one don’t usually earn as much from display advertising as text based sites do, but there was still a great deal of room for improvement.

The site was old and ugly. Ugly is good because there is usually lots of room for improvement.

In this case the site had been custom created in PHP about 6 years earlier. The custom built code was a big concern to me because it is much harder to make quick changes than a typical WordPress site would present.

The site had a mobile version but it was not particularly well optimized. The desktop version of the site looked old and was rather slow.

Sometimes unattractive sites actually perform better than their more modern looking counterparts. This is unusual but something you need to keep in mind when deciding whether or not to buy a site.

How do you know if the current, ugly version of a site is actually better than an updated version? I can usually get a feel for this by talking to the seller.

Sometimes sellers are clearly very intelligent and experienced in their respective niches. These sellers have often tested many different configurations of the site over time and have landed on what they feel is a well optimized site.

When I come across a very savvy site owner, they have usually already done basic to medium level optimization. In those cases I may still be able to squeeze more performance out of the site, but it may not be as quick or obvious.

Those Were the Good Points, Here’s What Made me Cautious

The site had at least those 3 positive points in its favor. But there were several negative signs as well including:

Let’s look at the principles underlying these concerns.

Almost every new coaching client asks me to provide an opinion for them on sites that are trending down, down, down.

Apparently hope springs eternal and even though traffic or earnings are sloping gently downwards, we tend to overlook those trends and apply our focus to the positive elements of a deal.

When you glance at a 12 month traffic graph, a decline of 15% from Jan 1 to Dec 31st doesn’t look too steep or scary.

But if you consider what a 15% drop in traffic, compounded over 3 years will do to the revenue and profit of the website, it is very serious indeed.

Sometimes there are clear reasons why traffic is falling. In some situations the trends can be easily reversed. In many cases, however, neither you nor the seller knows the real reason traffic is falling, so any effort to turn it around is pure guesswork.

Other times the seller says something like “Traffic to the site is declining because I haven’t published any new content the past three months.”

Is that an accurate explanation? It depends.

Many times seller explanations for declining traffic are completely bogus.

So why did I continue to look at this site despite the year over year decline in traffic?

I hope you were thinking that question. The answer is:

Because I sensed there was money to be made. I don’t always reject bad websites out of hand, however I always pay less for them than high quality sites.

Even with a 20% year over year traffic decline, there was still lots of traffic left in this site. I was not willing to pay a 2 year or 2.5 year multiple of net income, but I was happy to pay between a 1x and 1.5x multiple.

I was pretty confident that I could improve advertising revenue by 30 to 50% which meant that even if I paid a 1.5x multiple I could still get my money back in approximately a year.

If you are buying a site that is entirely dedicated to the iPhone 7 you know that it will have a finite lifetime. That doesn’t mean you shouldn’t buy it, but it does mean that you should realistically factor in a probable decline in revenue over time.

Some niches like weight loss, making money and real estate are evergreen and won’t deteriorate over time. Others that are focused on a particular technology, product, celebrity, fad or fashion may have a very short life cycle.

It is important to assess the duration and overall trend in popularity of a topic. One good tool to use for that research is https://www.google.com/trends/

The images generated by this website were still relevant but:

Custom built websites are not all bad!

The negative aspects of custom built websites often (but not always) out-weigh the positive characteristics.

If you are looking at buying a sophisticated site and the original creator of the code is no longer available, beware. It can be costly and time consuming for a new programmer to come on the scene and learn what they need to learn from pouring through the code with no direction.

If the website is not thoroughly documented be doubly aware. If it is custom built without the use of a “framework” be triply aware.

The programmers of this website were still around even though they hadn’t done any work recently.

I communicated with the seller of the website during the auction time-frame. The site sold fairly suddenly to a buyer at a price that was just a bit over what I would have wanted to pay for it.

I asked the seller to contact me if something went wrong with the transaction. He did.

The buyer turned out to be a guy who was a bit shady and the transaction fell through.

I moved ads around on the page for better performing placements. Ad revenue increased about 60%. I was earning just over $2,000 per month.

The site had been kicked out of Adsense so I put together a process to clean up the existing image content. I also created a review and moderation process for new user generated content.

I did not reapply to Adsense before I sold the site.

The site came with several Facebook pages. Two of them had more than 1 million fans each.

I had no idea how valuable that would turn out to be. I had a connection with a Facebook guru who showed me how I could use MyLikes to generate ad revenue directly on the Facebook pages without sending the traffic back to the website.

For several months I was earning as much from the Facebook pages as I was on the website itself.

Then, as often happens, something changed.

Facebook updated their algorithm and my fan pages started getting about half the amount of views. This lowered my Facebook revenue to less than half what it had been, but I was still making $800 per month just from Facebook.

A Buyer Showed Up

About 5 months after the purchase, traffic was declining fairly significantly. There was a Google penalty, which I fixed very quickly, that still impacted the ongoing volume of traffic. And traffic continued and even increased the downward trend I had been aware of when I bought the site.

A buyer showed up. Despite the recent declines in traffic the buyer seemed very intent on picking up the site. My revenue was still very strong and the buyer believed they could turn the traffic around and increase the revenue even beyond what I had achieved.

I actually tried to talk them out of it, because I was worried that the traffic might drop off even more steeply in the short to medium term.

But they bought the site anyway at a premium over what I paid for it. (I can’t reveal the purchase price due to a non-disclosure, but it was a nice little 2 digit % point bump over what I had paid.)

So I earned ad revenue at the rate of about $2K per month over the time I owned the site. AND I sold it at a nice profit.

But that wasn’t the best part

The best part was that I didn’t sell the high performing Facebook pages along with the site. I kept those pages and continued to earn ad revenue from them.

A few months later I sold the Facebook pages for the same amount I had originally paid for the website. So I more than doubled my money on the flip and made a great deal of profit over the 8 month period that I owned the site and Facebook pages, bringing my 8 month ROI to about 150%.

Lots to be learned here:

This story would have had a different ending if the website and Facebook page buyers had not come along. Still I would have earned back my initial investment in less than 7 months.

Learn How to Build an Income Buying Websites – Safely and Profitably 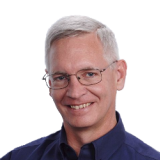 Jeff Hunt is a website investor. He has owned over 300 income producing websites. In addition to managing his own portfolio of sites, Jeff teaches website buying and performs acquisition services for buyers and sellers. HeckYeah.org

Learn How To Buy Websites

If you are interested in owning websites that produce consistent monthly cash flow, managed from your laptop, let us help you get started buying the right site with confidence.

Get Started With Google Adsense

Millions of website owners have generated income from Google Adsense because it is a rare, low effort, high paying online revenue source.